Capitalizing on the sesquicentennial, ABCB issued a press release to local newspapers stating that, "Historical data shows that bottled 'soda water' was sold by Dr. Benjamin Silliman in New Haven (Conn.) as early as March 1807." ABCB also shared the storied history of these hometown bottlers, how they brought refreshing beverages to market, and how they supported their local economies.

Exemplifying its strong leadership, ABCB sent to its members suggestions on how to commemorate the "Sesquicentennial Anniversary." The suggested actions included informing local newspapers about the anniversary and inviting them to write feature stories about the bottlers in their communities and about the process of bottling carbonated beverages.

ABCB even created a special logo to celebrate 150 years of carbonated beverages in America: 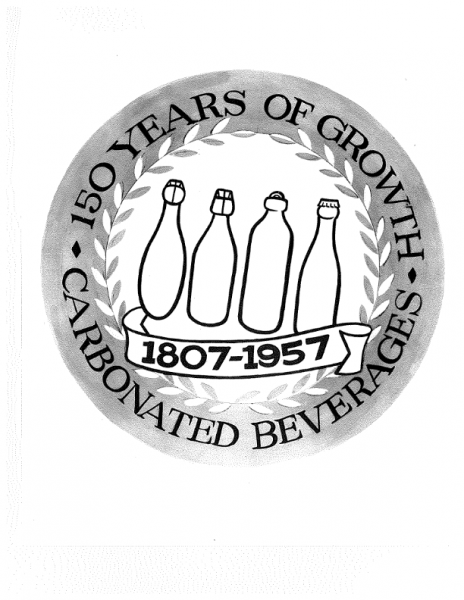 America's carbonated beverage industry is almost as old as America itself. Since its founding in 1919, the American Beverage Association has helped America's leading beverage companies tell their story to a wide range of audiences. The 150th anniversary celebration in 1957 is a perfect example of the industry's tradition of leadership that continues to this day.