Innovating to Get the Message Out

In the first weeks of the COVID-19 pandemic in the United States, we were told that we could lessen spread of the virus by taking a few simple measures to protect ourselves from catching it or passing it on. Simple hygiene was the key. But it’s only human to forget to do what we should. We all slip up.

That’s where reminders help us out, and a beverage bottler in South Dakota and another in Alabama came up with clever ways to do it.

In South Dakota, the Rapid City Mayor’s office was mulling over ways to get those reminders in front of their citizens. A familiar sight on the city streets were the food and beverage trucks being driven throughout town day and night to keep store shelves stocked. The city thought these vehicles would be a great display to provide important information to the public.

“It has been critical to issue consistent messages on the importance of social distancing and hygiene protocols… relying also on the ability of community partners to reach larger audiences through various vehicles,” Mayor Steve Allender said. 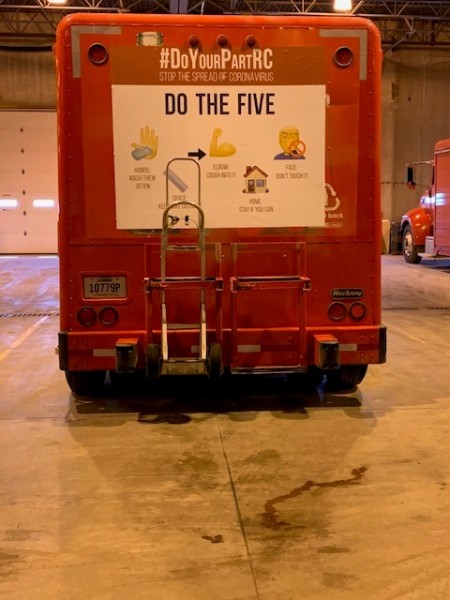 In this case, the “vehicles” were recognizable beverage trucks. The mayor turned to Coca-Cola Bottling Company High Country, a bottler headquartered in Rapid City that has been family-owned going back three generations. High Country liked the idea and displayed a huge tip sheet on the backs of its delivery trucks.

The truckbacks reminded people to “Do The Five,” or the five ways to help prevent the spread of the virus. The message spread far and wide given that High Country has trucks rolling throughout Colorado, Minnesota, Montana, North Dakota, South Dakota, Utah and Wyoming.

“We believe strongly in supporting our local community,” said Tura Synhorst, High Country’s executive vice president of corporate affairs. “We always try to give back and get as involved as we can.”

Mayor Allender was grateful for the help from a longtime member of the Rapid City family.

“[Their] efforts have greatly assisted the city in getting out important community messages during this critical time,” he said.

A few hundred miles southeast, another beverage bottler had something similar going. Alex Didyoung, a warehouse support employee-partner at Buffalo Rock, the local Pepsi bottler, proposed using their truckbacks to display another important message – a thank you to first responders. 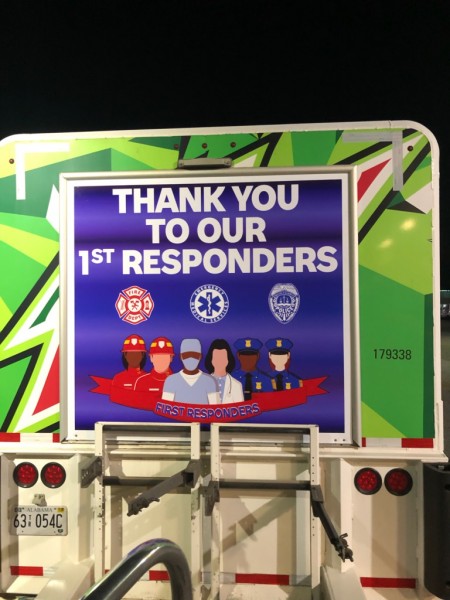 The Buffalo Rock Company was started by the Lee family in Birmingham, Ala., in 1901, making its signature brand of ginger ale before it became a bottler of Pepsi products as well. The company is still in the family and takes pride in its community.

The idea of thanking those on the frontlines of epidemic was well received and it traveled quickly. The company has distribution centers in Alabama, Florida and Georgia, and many branches jumped on board to display the same message.

When asked why he proposed the thank you, Didyoung answered, “It’s the least we can do to show support for the people that are putting their lives and health at risk for us all.”